School of Marine Science and Engineering

Formerly known as the specialty of Choice Rare Sea Food in Animal Science and Technology school established in 1994, Marine Science and Engineering School was first established in 2002 as the department of Aquatic Animal and Engineering. Then the department was renamed as School of Fisheries and Aquaculture in 2005 and the whole school was merged into the Animal Science and Technology School as the Aquaculture specialty in 2008. It was in April of 2014, the Marine Science and Engineering School was formally established. Now the school has two postgraduate student programs, which are Aquaculture and Fisheries Extension, as well as three undergraduate student programs including specialties of Aquaculture, Marine Resources and Environment and Aquarium Science and Technology. Among them, the Aquaculture is the provincial key specialty of the applied feature university. The school also has a “3+2” five-year system program, cooperated with Auburn University in the United States, for undergraduate and postgraduate students of Aquaculture and Marine Resources and Environment. The undergraduate students in this program will get their bachelor degree in Qingdao Agriculture University and continue their postgraduate program in Auburn University.

Now the school has 37 faculties, including 6 professors, 10 associate professors. Twenty one of the faculties have doctor degree and 5 Ph.D candidates. The school has one “Mount Tai Scholar” foreign expert and four provincial modern agriculture industry technology system experts. In addition, one faculty has been titled as one of the Best Agriculture Technology of 2012 by “Son of Earth” award of CCTV. One has been selected by Qingdao “Elite Project”. And 4 expert positions for fishery industry technology system of modern agriculture, Shandong Province.

In recent five years, the school staffs has hosted or taken part in more than 30 projects including, national “863” project, National Science Foundation of China, “948” project, Scientific and Technological Program in Shandong Province and Qingdao. More than ten million research funding were obtained from the projects above. Six of the finished projects have been awarded the national, provincial and municipal Scientific and Technological Progress. Thirty national patents for invention have been authorized. The school staffs have made more than 190 high-quality research publications, including 75 SCI and 3 monographs.

The student affairs of the school aim at fostering talent with the school tradition construction. The school life of undergraduate students is divided into two stages, which are fresh man and the rest of the school. Special instructors are provided specifically to these two stages. Instructors guide the students of stage one to adapt to the school life, while the instructors of stage two help students set up their research fields, business types and career life by training their experimental skills, scientific research quality and skills of starting a business. The students in school have won the second and the third place of the tenth challenge cup “National Science and Technology school of extra-curricular academic competition works”. Thesis of a number of undergraduate students have been awarded Excellent Thesis of Bachelor Degree of Shandong province. Base on the principle of “People oriented and possess both ability and integrity”, the school student affairs are committed to foster the marine and aquatic scientific talents with creative spirits and practical abilities. 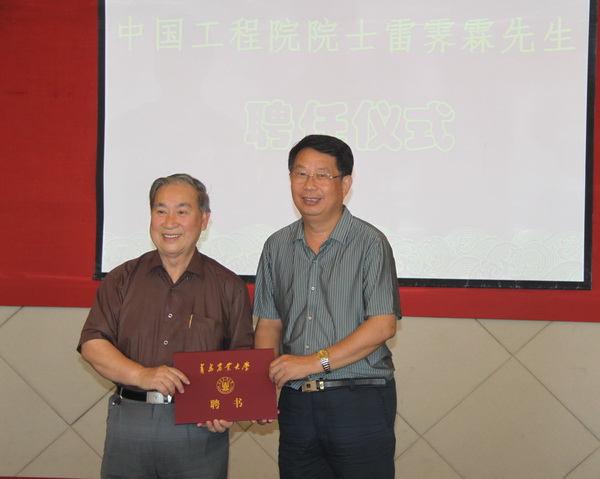 The academician of the Chinese Academy of Engineering, Jilin Lei, who is also known as “Father of Turbot” was appointed by Qingdao Agriculture University as Distinguished Professor. 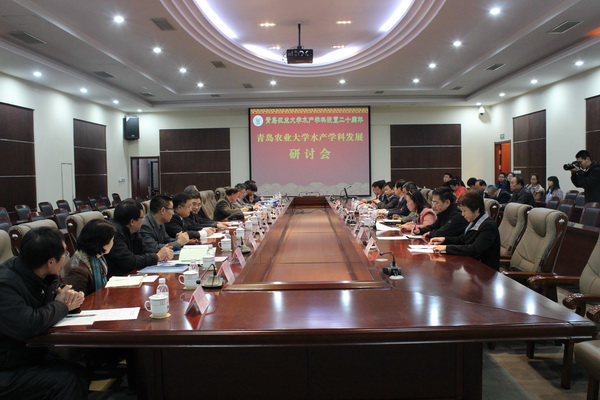 The forum of Fisheries discipline development in recent 20 years was hold by Marine Science and Engineering School of Qingdao Agriculture University. 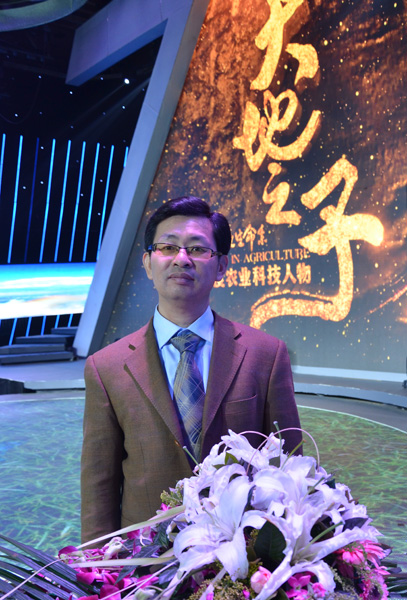 Dr. Chunde Wang of Marine Science and Engineering School is attending the “Son of Earth” award hosted by CCTV.