School of Mechanical and Electrical Engineering

The college has formed a professional staff whose teachers are mainly in their middle and young age, with reasonable structure, strong teaching and scientific research ability and sufficient strength in development. The college has seventy staff including 11 professors, 20 associate professors and 9 senior experimentalists. Among the 70 staff, 19 of them have PhD; 41 of them have master degrees. The professional teachers who have master degrees or above account for ninety-three percent of the total. There have one PhD supervisor, 27 master supervisors, 1809 undergraduate students and 72 graduate students at college. And there have two chief experts of “Special Fund for Agro-Scientific Research in the Public Interest”.  One of whom is enjoying the special State allowance. One of them won “The May 1 Labor Medal”. One of them was granted “National Excellent Scientists”. One of them was honored character of agricultural machine popularize 60 years from the establishment of the new China. Four of them are admitted into the special panel of agricultural machinery technological innovation of Ministry of Agricultural (110 people national wide). One of them is awarded the top ten agricultural machine teachers national wide during the first “Haofeng Cup”. One of them is the director of Academic Committee of Agricultural Machine Power and Harvest Machine Key Laboratory of the Ministry of Agricultural. One of them is the leader of provincial academic key bone discipline and the advanced individual of developing agriculture through science and technology of Shandong Province. One of them is provincial top teacher in teaching. Two of them are post experts of provincial agricultural industrial technology system. Academician Xuegeng Chen has been engaged as the special academician of the college and other well-known scholars and entrepreneurs’ domestic and overseas including academician Maohua Wang have been engaged as the part-time professor of the college. The college is awarded as the advanced collective of developing agriculture by technology of Shandong province.

The international exchange and cooperation have being carried out positively by the college. The headquarters of International Association of Mechanization of Filed Experiment (IAMFE) had moved into the university from St-Petersburg State Agricultural University of Russia in 2012. The Dean of the college, Prof. Shuqi Shang has taken the charge of the President of IAMFE since 2008. Both the secretariat of Chinese Branch of IAMFE and the Specialized Committee of Facility Agricultural Engineering of Society of Agricultural Engineering of Shandong are located in the college. The college is the governing units of Society of Agricultural Engineering and Agricultural Machinery Society of Shandong. The college established long and steady exchange and cooperation relationship with USA, New Zealand, Russia and Norway. The staff of the college had been sent off for further study and cooperative researches. The college has scientific research cooperation and common scientific research and teaching bases with more than 30 enterprises, including Wuzheng Group of Shandong, Haofeng Machine Manufacturing Ltd of Henan, Jinyi Machine Manufacturing Ltd of Shandong, Wan Nongda peanut Machine Manufacturing Ltd of Qingdao. Furthermore, Zhangqiu blower Co.Ltd of Shandong and Tongda Group of Shandong established “Zhanggu scholarship” and “Tongda scholarship” and they provided a good practical condition for studying and scientific researches. 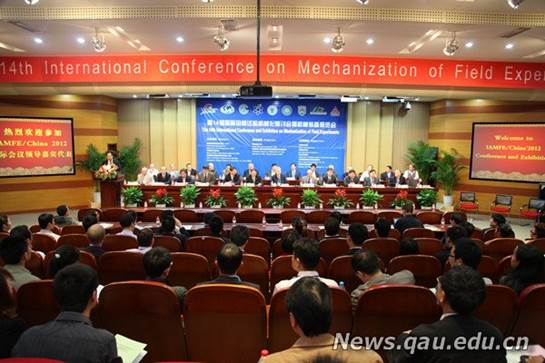 Hosted the 14th International Conference and Exhibition on Mechanization of Field Experiments in Oct, 2012, and the Headquarter of IAMFE was moved to our college in the same year 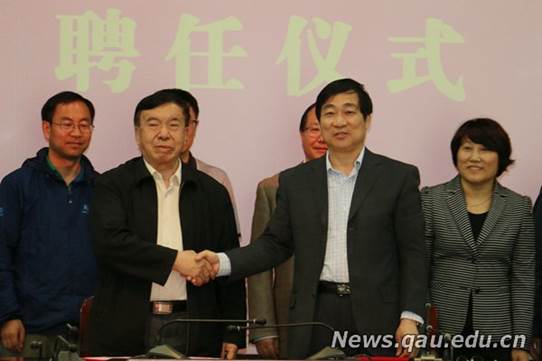 Academician of Chinese Academy of Engineering, Professor Chen Xuegeng was engaged as the Distinguished Professor of our College 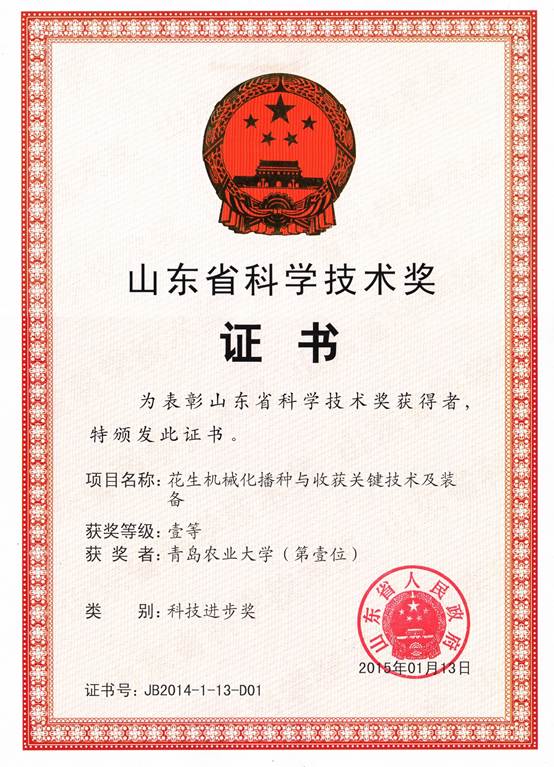 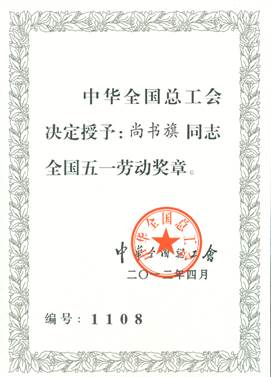 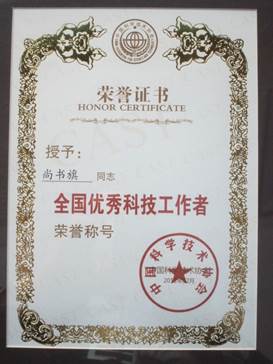