A research team at Qingdao Agricultural University in Shandong province announced recently that it had succeeded in cloning a jungle cat.

The university is the first in China to clone a feline using a technique known as somatic cell nuclear transfer.

The white-and-black baby cat, born on Dec 24, weighed 75 grams and has been healthy. It was named Ping'an by researchers, meaning peace and safety. They hoped the cloned kitty would bring good luck for the New Year, as it was born at the end of a year that had seen massive global hardship due to the coronavirus pandemic.

Zhao Minghui, 35, an associate professor from the College of Life Science of Qingdao Agricultural University, led the research team.

Zhao said the little kitty was cloned from a female jungle cat after researchers acquired a piece of skin the size of a fingernail from the animal with the approval of its owner. The skin was cultured into many somatic cells that were kept in a container of liquid nitrogen at a temperature of -196 C.

"After acquiring the oocytes, our team used in vitro maturation and later removed a nucleus and replaced it with the one of the somatic cells from the jungle cat," Zhao said.

Embryos were transferred to surrogate mother cats, and one was carried to term. "And so the first cloned cat was born," Zhao said. 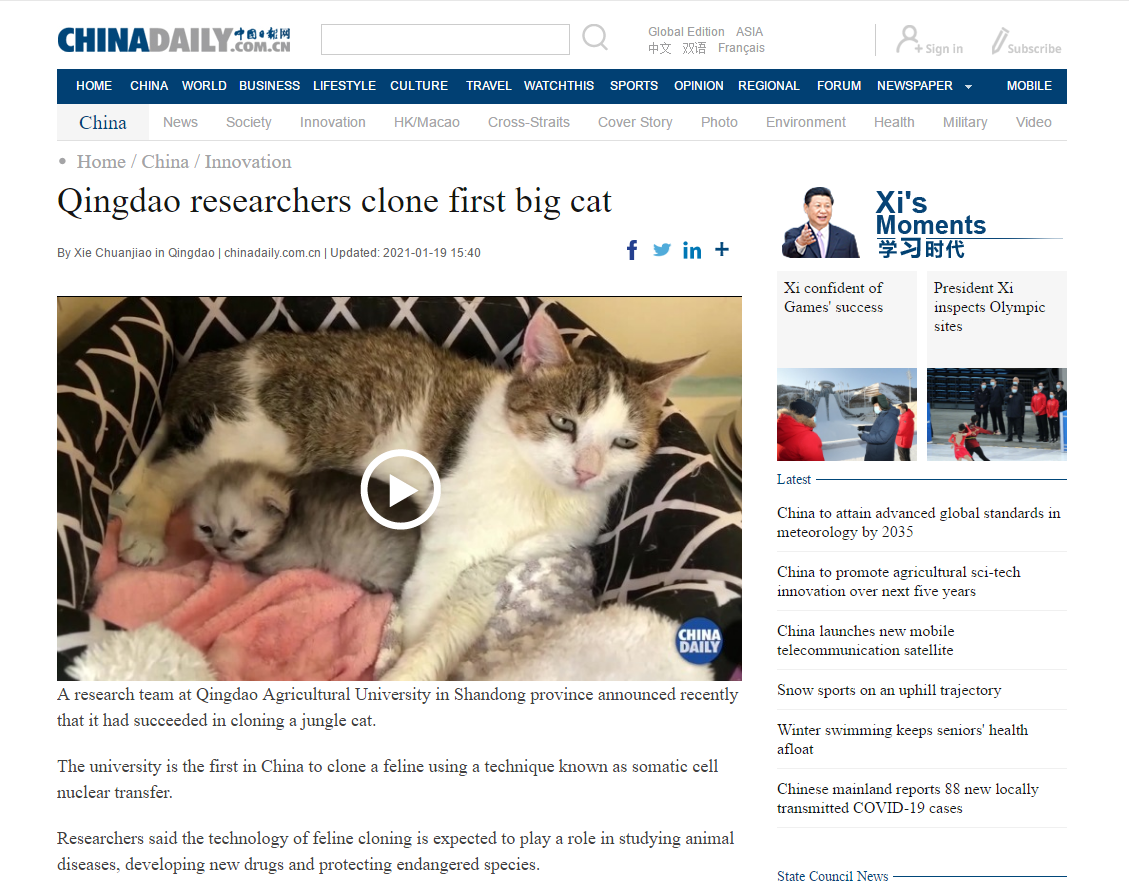